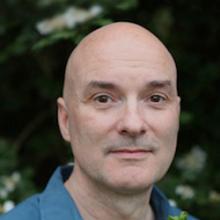 Akincano M. Weber (Switzerland) joined monastic life in 1985 in the Forest Tradition and has practised in Ajahn Chah's and Ajahn Sumedho's meditation monasteries in Thailand and Europe for 20 years. He has studied Pali and scriptural teachings with the scholar monk Bhikkhu Payutto. Since leaving monastic life in 2005 he lives in Cologne from where he teaches Dhamma and meditation internationally. Akincano is also a trained Core Process psychotherapist, holds a degree in Buddhist psychotherapy and is an UKCP-accredited practitioner.